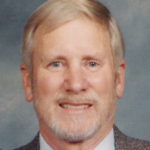 Bill was born in Miami, Florida, to Marvin and Louise Mullis, November 3, 1933. They moved to Springfield, Missouri, where Bill graduated from Senior High School and later from Drury College, where he was a member of the Sigma Nu fraternity.

He was an avid golfer at Twin Oaks and Highland Springs Country Clubs, where the pinnacle of his golf career was highlighted with a hole-in-one. Bill was also a private pilot, who logged over 10,000 hours in his own planes, and served as a Colonel in the Confederate Air Force. He was an entrepreneur who owned the Chaslyn Company, served on the board of directors of Village Bank, and was a member of Kingsway United Methodist Church.

Survivors include his wife, Karen; their children, spouses (and grandchildren), Bill Mullis Jr. of Seattle, Washington. (Escher and Tuva), Kari and Dan Clark of Scottsdale, Arizona. (Kali and Tyler), Annie Presley and Jay Selanders of Kansas City, Missouri. (Albert, Ellie and Mary Selanders), Fred and Jacquie Forester of San Diego, California. (Allee adn Briton), Dee Dee and Steve Carpenter of Ozark, Missouri. (Michelle and Kevin), Amy Lee of Sarasota, Florida. (Lauren Lee), and Christopher Mullis of Springfield, Missouri. He is also survived by his sister, Bunny and her husband, Speedy Spear; his mother and father-in-law, Irene and Fred Rains; his brother-in-law and sister-in-law, Michael and Cathleen Moran; his brother-in-law and sister-in-law, Phil and Susan Moran; and numerous nieces and nephews.

A celebration of life will be held in King’s Way United Methodist Church, 2401 South Lone Pine, on Wednesday, May 13, 2009 at 2:00 p.m., under the care of Gorman-Scharpf Brentwood Chapel.

In lieu of flowers, memorials for Bill may be sent to the church, HPC Hospice, or a charity of your choice.

Special thanks to Bill’s friend and doctor, Dennis Morrison, the nurses and staff at Elfindale Manor, and the HPC Hospice team.