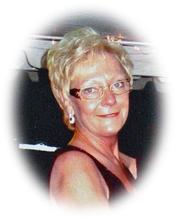 Mrs. Whitley was born October 5, 1949, in Concord, NC. She was preceded in death by her mother, Myrtle Mullis, and brother, Wade Smith. She was a life long democrat, proud and loving mother, wife, grandmother, and great-grandmother. She was a woman who loved life and all those in it.

Survivors are her husband, Danny Alexander Whitley, of the home; daughter, Jennifer Whitley, of Charlotte; son, Todd Whitley and wife, Michelle, of Bostic, NC; sisters, Lois Cantrell, her twin, of Locust, Jackie Burnette, of Stanfield, Libby Barbee, of Albemarle; brothers, Lewis Mullis, of Locust, and Ned Smith, of Stanfield; eight grandchildren, Jason and his wife, Leslie, Daniel, Austin and his wife, Jessica, Stormy, Heather and her husband, Kevin, Ashley, Todd Jr., and April; great-grandchildren, Savannah and Allie; a special nephew, Chief Joseph Cantrell, who is active in the US Navy and his wife, 2nd Class Petty Officer Libby; and numerous nieces and nephews who loved “Aunt Nin”.