As a state Senator, I hear from my constituents on a daily basis, as
they describe the issues that matter to them most. One of the most
common concerns I hear these days is on the average citizen’s growing
tax burden.

In
2007, our hard-working citizens will pay several different types of tax
— sales tax, property tax, ad valorem tax, fuel tax and others.
Currently, there is a great deal of ongoing discussion under the Gold
Dome about tax reform in our state, and we are expected to debate
several pieces of legislation next year relating to our tax structure
in Georgia. Meanwhile, one way for Georgia citizens to avoid higher
taxes is to avoid some of the most common tax schemes that too many of
us fall victim to from time to time. These blatant scams affect
American taxpayers in numerous ways, whether it’s defrauding them out
of their hard-earned dollars or causing taxes to rise due to the loss
of federal revenues. Each year, the IRS identifies some of the most
ridiculous and harmful tax schemes, and I’d like to highlight some of
them for you.

Telephone excise tax refund abuses:
Early filings show some individual taxpayers have requested large and
apparently improper amounts for the special telephone tax refund. In
some cases, taxpayers appear to be requesting a refund of the entire
amount of their phone bills, rather than just the 3 percent tax on
long-distance and bundled service to which they are entitled. Some tax
preparers are helping their clients file apparently improper requests.

Abusive Roth IRAs:
Taxpayers should be wary of advisers who encourage them to shift
under-valued property to Roth IRAs. In one variation, a promoter has
the taxpayer move undervalued common stock into a Roth IRA,
circumventing the annual maximum contribution limit and allowing
otherwise taxable income to go untaxed.

Phishing:
This technique is used by identity thieves to acquire personal
financial data in order to gain access to the financial accounts of
unsuspecting consumers, run up charges on their credit cards or apply
for loans in their names. These Internet-based criminals pose as
representatives of a financial institution — or sometimes the IRS
itself — and send out fictitious e-mail correspondence in an attempt to
trick consumers into disclosing private information. A typical e-mail
notifies a taxpayer of an outstanding refund and urges the taxpayer to
click on a hyperlink and visit an official-looking website. The website
then solicits a Social Security and credit card number. It is very
important to note the IRS does not use e-mail to initiate contact with
taxpayers about issues related to their accounts.

Disguised corporate ownership:
Domestic shell corporations and other entities are being formed and
operated in certain states for the purpose of disguising the ownership
of the business or financial activity. Once formed, these anonymous
entities can be, and are being, used to facilitate underreporting of
income, non-filing of tax returns, listed transactions, money
laundering, financial crimes and possibly terrorist financing. The IRS
is working with state authorities to identify these entities and to
bring their owners into compliance.

Return preparer fraud:
Dishonest return preparers can cause many headaches for taxpayers who
fall victim to their schemes. Such preparers make their money by
skimming a portion of their clients’ refunds and charging inflated fees
for return preparation services. They attract new clients by promising
large refunds. Some preparers promote filing fraudulent claims for
refunds on items such as fuel tax credits to recover taxes paid in
prior years. Taxpayers should choose carefully when hiring a tax
preparer. As the old saying goes, “If it sounds too good to be true, it
probably is.”

Trust misuse:
For years, unscrupulous promoters have urged taxpayers to transfer
assets into trusts. They promise reduction of income subject to tax,
deductions for personal expenses and reduced estate or gift taxes.
However, some trusts don’t deliver the promised tax benefits. There are
currently more than 150 active abusive trust investigations under way
and 49 injunctions have been obtained against promoters since 2001.

Abuse of charitable organizations and deductions:
The IRS continues to observe the use of tax-exempt organizations to
improperly shield income or assets from taxation. This can occur when a
taxpayer moves assets or income to a tax-exempt supporting organization
or donor-advised fund but maintains control over the assets or income.
Contributions of non-cash assets continue to be an area of abuse,
especially with regard to overvaluation of contributed property. In
addition, the IRS is noticing the return of private tuition payments
being disguised as charitable contributions to religious organizations.
In 2007, the General Assembly passed legislation to eliminate this type
of tax scheme.

Form 843 tax abatement:
This scam rests on faulty interpretation of the Internal Revenue Code.
It involves the filer requesting abatement of previously assessed tax
using Form 843. Many using this scam have not previously filed tax
returns and the tax they are trying to have abated has been assessed by
the IRS through the Substitute for Return Program. The filer uses the
Form 843 to list reasons for the request.

Frivolous arguments:
Promoters have been known to make the following outlandish claims — the
16th Amendment concerning congressional power to lay and collect income
taxes was never ratified; wages are not income; filing a return and
paying taxes are merely voluntary; and being required to file Form 1040
violates the 5th Amendment right against self-incrimination or the 4th
Amendment right to privacy. Don’t believe these or other similar
claims. These arguments are false and have been thrown out of court.
While taxpayers have the right to contest their tax liabilities in
court, no one has the right to disobey the law.

As
citizens, it is our duty to report suspected tax fraud. You can do this
by using IRS Form 3949-A, Information Referral. Form 3949-A is
available for download at www.irs.gov, or by mail by calling (800)
829-3676. The completed form or a letter detailing the alleged
fraudulent activity should be addressed to the Internal Revenue
Service, Fresno, Calif., 93888.

Remember to contact me in my office on the issues that are affecting you and your area.

State
Sen. Jeff Mullis, a Republican from Chickamauga, represents District
53, which includes all or parts of Walker, Dade, Chattooga and Catoosa
counties. He can be reached at the Capitol at (404) 656-0057, at his
district office at (706) 375-1776, or by e-mail at jeff.mullis@senate.ga.gov. 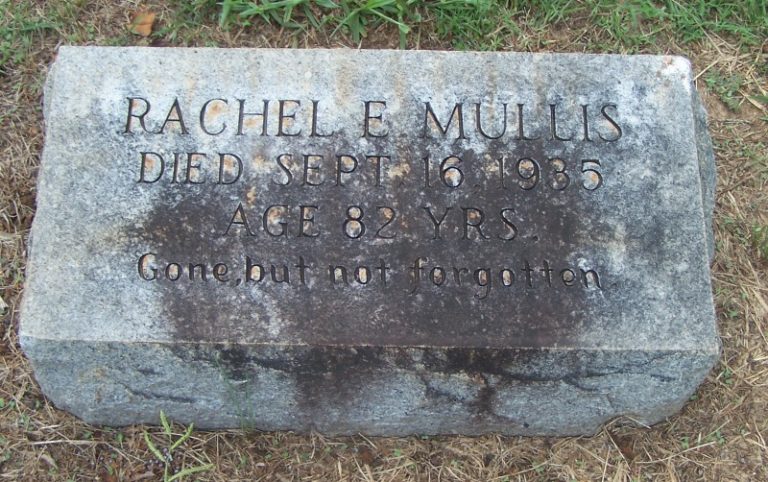 I’m not sure if this would qualify as a tribute, but it makes for entertaining reading.   From “The…

Apr. 5–ATLANTA — Georgia Gov. Sonny Perdue’s office announced Wednesday that AT&T will be a "major sponsor" for this…