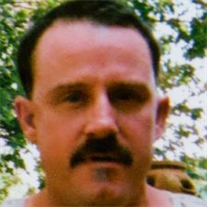 Terry Shannon Mullis, 50, of 106 Cross Road, Collinsville, passed away Saturday, February 4, 2017 at home. He was born January 11, 1967, in Martinsville, Virginia to the late James Tyson Mullis, Jr. and Daphne Freeze Mullis. He was a graduate of Fieldale-Collinsville High School and was an arborist at the time of his death.

In addition to his father, Mr. Mullis was preceded in death by an infant twin sister. The family will continue loving him and will miss him greatly.

The family will receive friends at the residence and wish that memorials be made to the SPCA of Martinsville and Henry County.

Wright Funeral Service is serving the family.
On Line condolences may be made at www.wrightfuneralservices.net