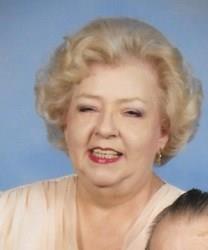 She was born January 19, 1943, in Iredell County and was the daughter of the late Rev. James Coyte York and Claudia Wilkins Tallman. She retired from Thomasville Upholstery and was a member of Beulah Heights Wesleyan Church where she enjoyed singing with her daughter, Tammy.

In addition to her parents, she was preceded in death on December 18, 2012, by her husband, Joe W. Mullis, Sr., whom she married on April 8, 1972; a daughter, Tammy Whitaker; a sister, Crystal L. York; a brother, David York; and a step-daughter, Kathy Jo Tucker.

The family will receive friends from 1:30 to 3:00 PM Wednesday at the church prior to the service.
Condolences may be sent to the family online at www.bunchjohnsonfuneralhome.com.
For those who prefer, memorial contributions may be made to Beulah Heights Wesleyan Church, 438 Ostwalt Amity Road, Troutman, NC 28166. Bunch-Johnson Funeral Home is entrusted with the arrangements.