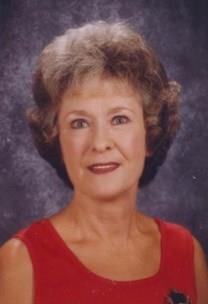 Sarah Jane (Stogdill) Mullis of Bloomington, died on July 29, 2017 in I.U. Health Hospice House. She was born April 26, 1945 in Lawrence County, the daughter of Otto and Beulah (Wooten) Stoghill.

Sarah first married John Harden and he preceded her in death. She then married Donald Mullis and he survives. Sarah worked at the Monroe County School Corporation and graduated from Clear Springs High School. She also enjoyed crocheting.

Visitation for Sarah will be held on Thursday, August 3, 2017 from 10 a.m. until time of service at 12 noon in Deremiah-Frye Mortuary Greene and Harrell Chapel, 700 W. Gourley Pike, Bloomington, IN 47404. Burial will be in Valhalla Memory Gardens, Bloomington, IN.
Online condolences may be made to the family at www.DeremiahFryeMortuary.com