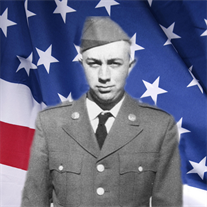 Mr. Sammy Gene Mullis, age 70 of Jefferson died on Monday, June 26, 2017 at his home. Mr. Mullis was born on February 17, 1947 in Jefferson, NC to the late Gordon and Florence Lambert Mullis. Mr. Mullis served in the US Army during the Vietnam era. He worked as a carpenter for 25 years and was a good craftsman. He enjoyed spending time with his grandchildren and brother. Mr. Mullis was a loving husband, brother, father, and grandfather.

The family respectfully requests no flowers please; in lieu of flowers memorials may be made to the family, c/o Christina Mullis, P.O. Box 133, Jefferson, NC 28640.

Words of comfort and remembrance may be viewed or sent to the family through our website at www.ashelawn.com.