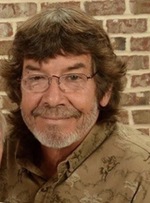 Rod was born August 31, 1954, in Cabarrus County, North Carolina, and is the son of Roy Parks Mullis and Shirley Simpson Smith. Rod grew up in Mooresville and graduated from South Iredell High School in 1973.

Following high school, he served in the U.S. Army during the Vietnam War.

For most of his life, Rod worked in the construction industry until he took on his ultimate calling of being a PawPaw to his five grandchildren.

Life will never be the same without you. You will always be in our hearts and our lives forever. We love you and thank you for having loved us all so much. Until we meet again in heaven…