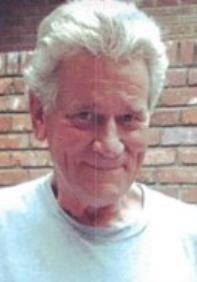 Born in Lenoir, NC, he was a resident of Columbia, SC.

Robert attended Wofford College and graduated from the University of South Carolina. He served in the U.S. Army and is a Vietnam War Veteran. Robert was a CPA, having his own firm and later served as the CFO for Pulliam Ford in Columbia. He enjoyed everything outdoors, farming, arrowhead hunting, fishing, family and especially spending time with friends.

Robert is survived by his loving wife, Janie, his daughter, Shannon and son-in-law, Adam, as well as his brothers and their spouses; Brent and Tanya, Kary and Nancy, David and Diane. He is also survived by Jack the Cat. His humor and passion for life will be forever missed.

The family will receive friends from 5:00 pm until 6:00 pm Saturday, August 19, 2017, at Dunbar Funeral Home, Devine Street Chapel. A gathering will follow at the Mullis Residence on Shalimar Drive at 6:30 pm.

In lieu of flowers, donations can be sent to Vietnam Veterans of America (https://vva.org/) or Pawmetto Lifeline (http://pawmettolifeline.org/).