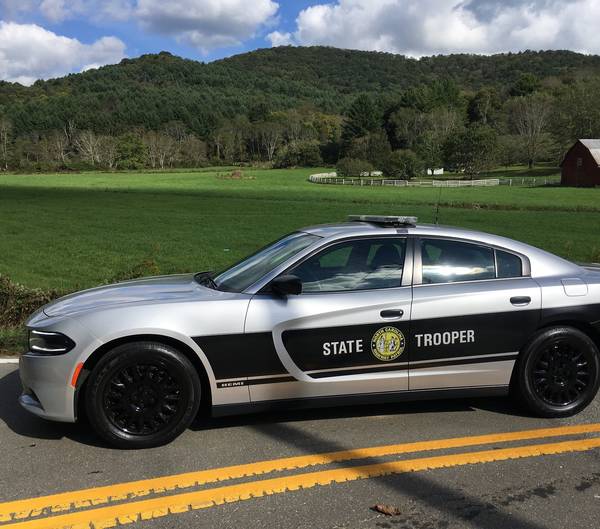 DURHAM — The N.C. Highway Patrol trooper who crashed into another car as he exited Interstate 85 on Saturday night was going 70 mph just before he lost control of the vehicle, according to an accident report released today.

Trooper David Aaron Haithcock was driving his unmarked car with its siren and blue lights activated when he took the Duke Street exit off southbound I-85 just before midnight, according to the report. To avoid stopped traffic at the top of the ramp, Haithcock veered off the right side of the road, struck a sign, a traffic control box and a ditch before his car went airborne as it crossed Duke Street.

The trooper’s car hit a 1997 Honda driven by Alice Faye Mullis, 63, of Durham. Both Mullis, 63, and her passenger, Trishia Ann Scott, 65, were taken to Duke University Medical Center.

Haithcock, 28, was on his way to assist another trooper who was chasing a suspected drunk driver who had fled a checkpoint, according to the Highway Patrol. The suspected drunken driver, Kevin Mitchell, 33, of Raleigh was arrested after a short pursuit when his vehicle struck a ditch on Duke Street.

Mitchell was charged with DWI, speeding to elude arrest, speeding, driving with license revoked and failure to stop for blue lights and siren. He was placed in the Durham County Jai under a $10,000 secured bond.