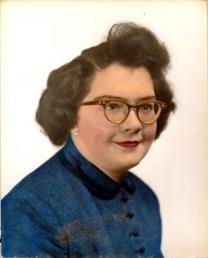 Rella Lee Minish Mullis “Tootsie”, 84, of Charlotte, died Saturday, April 2, 2016 at Brian Center of Charlotte. She was born in Madison County, Georgia to the late Madie Elizabeth Williams Minish and Stan Hope Minish.
Survivors left to cherish her memory include her son Samuel Lee Mullis Jr and wife Nancy; one brother, Bob Hope Minish as well as ten nieces and nephews.
She was preceded in death by her husband of 37 years Samuel Lee Mullis and two sisters, Virginia M. Hunt and Sheila M. Helton Payne.
A funeral service will be held on Thursday, April 7, 2016 at 3:00 PM at McEwen Funeral Service at Sharon Memorial Park, 5716 Monroe Road, Charlotte. The family will receive friends for one hour prior to the service.
Burial will conclude in Sharon Memorial Park.
Online condolences may be left at www.mcewenfs.com