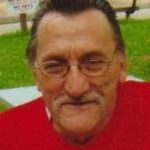 Funeral services will be held 2:00 PM Thursday, March 1, 2012 at the James O’Donnell Funeral Home in Hannibal, MO. Pastor Rick Chapman will officiate. Burial will be at Quincy Memorial Par in Quincy, Illinois. Visitation will be Thursday from 1:00 PM until the time of services.

Ralph was born on December 23, 1944 in Quincy, IL to Ralph B. Mullis Sr. and Wilma Powell Clement. He was raised by his mother.

He was married to Lana Ruth Charlton on April 12, 1981 in Hannibal, MO. She survives.

Ralph worked as a laborer and machinist. He was an avid St. Louis Cardinals and St. Louis Rams fan. Ralph was also a faithful Quincy Gems baseball fan and rarely missed a game while always attending with family. He also loved NASCAR, especially driver Jimmy Johnson. Ralph loved to spend time on the river and with his family, most importantly his grandbabies. He was a Christian by faith.

Memorials may be made to the family in care of the James O’Donnell Funeral Home.