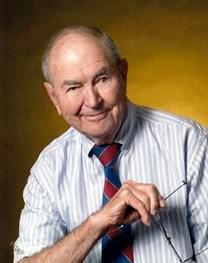 Born in 1925 in Charlotte, NC, Ralph was a son of the late Luther William Mullis and Mary Hagler Mullis. He proudly served in the U.S Army during World War II and loved to tell stories of his experiences. His wife of over 50 years, Alene “Sally” preceded him in death.

Ralph was a home builder for many years and later retired as a construction superintendent with D. L. Rogers Construction Company. He worked on several high-rise buildings in downtown Charlotte, took great pride in his craft and was well respected by his peers.

Ralph looked forward to planting his garden in the spring time and everyone enjoyed his tomatoes.

He was an avid NASCAR fan and loved watching races on TV. The highlight of Ralph’s week was meeting his friends each Thursday at Penny’s for breakfast. Ralph built a vacation home on Lake Norman, where the family spent many days enjoying the water; especially on the fourth of July.

In addition to his parents and wife, Mr. Mullis was predeceased by his brothers, Paul, Dick and Boyce, and sisters, Geraldine Smith and Loree Benton.

He is survived by two daughters, Barbara McBryde and husband, Jim, of Weddington and Janet Sue Mullis of Morganton; two grandchildren, Kevin and Kelly McBryde; brother, Bill Mullis; sister, Delane Curlee; many nieces and nephews that he dearly loved; and his numerous cherished friends.

Friends are cordially invited to a visitation with the family from 1:00 until 2:30 p.m. Tuesday, April 28, at Wilson Grove Baptist Church in Mint Hill, with a funeral service to immediately follow at 2:30 p.m. at the church. Interment will follow in Sunset Memory Gardens in Mint Hill.