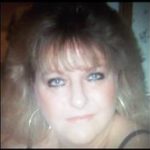 Rachel Starnes McNeill Mullis, 53, of Waxhaw passed away on February 2, 2012.

Funeral services to celebrate her life will be held on Monday, February 6, 2012 at 7PM at Heritage Funeral Home, Indian Trail Chapel. The family will receive friends 1 hour prior.

Rachel was born on January 28, 1959 in Union County to Bessie Byrd and the late Bazil Starnes Jr.

In lieu flowers, donations may be sent to The Mullis Fund at Heritage Funeral Home.

Arrangements are in care of Heritage Funeral Home, Indian Trail Chapel. Online condolences may be left at www.heritagefuneral.net.