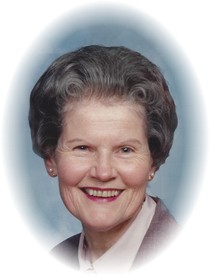 Funeral Services to celebrate her life will be conducted at 2:00 PM Monday, April 14, 2014, at Davis Funeral Chapel, officiated by Reverend Chris Justice.  Interment will follow in Sunset Memory Gardens.

Mrs. Mullis was born on July 30, 1932, in Union County, North Carolina, a daughter of the late William Clarence Baucom and Etta Viola Helms Baucom.  She was a retired administrative assistant.

She was preceded in death by her husband, Albert B. Mullis, a brother Howard Baucom, and a sister, Linda Baucom.

Survivors include four brothers, Melvin Baucom of California, Aldon Baucom and James Baucom, both of Midland, Donald Baucom of Monroe; five sisters, Dorothy Maples of Monroe, Edith Walker of California, Mo-He Arrington of Greensboro, Wanda Rowell of Concord, and Kay McManus of Lexington, NC.  There are 28 nephews and nieces.

Davis Funeral Home of Monroe is serving the family of Mrs. Mullis.