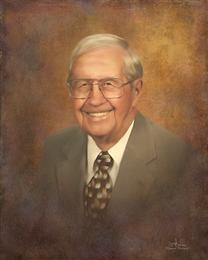 MACON – Wyman Mullis, 87, passed away on Sunday, August 15, 2010 at a local hospital. Funeral services and a celebration of his life will be held at 2P.M., Thursday, August 19, 2010 in the chapel of Macon Memorial Funeral Home with burial in Macon Memorial Park Cemetery. Dr. Charles Michael Blizzard will officiate. The family will meet friends from 12:30 p.m. to service time on Thursday at the funeral home. While flowers are accepted, memorial contributions may be made to the charity of the donor’s choice.

Mr. Mullis, son of the late Harrison and Malisa Boutwell Mullis, was born in Cadwell and had lived in Macon most of his life. He served with the U. S. Army during World War II serving from 1942 – 1945 in New Guinea, the Philippine Islands on Luzon Island with the Artillery Crew at Balete Pass and Villa Berde Trail with battle service in both. Mr. Mullis was an agent retired from Interstate/ Gulf Life Insurance Company (which is now American General) after thirty-one years and had worked part time with Bibb Printing Co. for fourteen years. He was a member of Mikado Baptist Church where he was also a member of the Harvesters Sunday School Class. He was an avid fan of his little league team the Astro’s. Mr. Mullis was preceded in death by his three sons, Steve Mullis, Baynard Mullis and Terry Mullis.