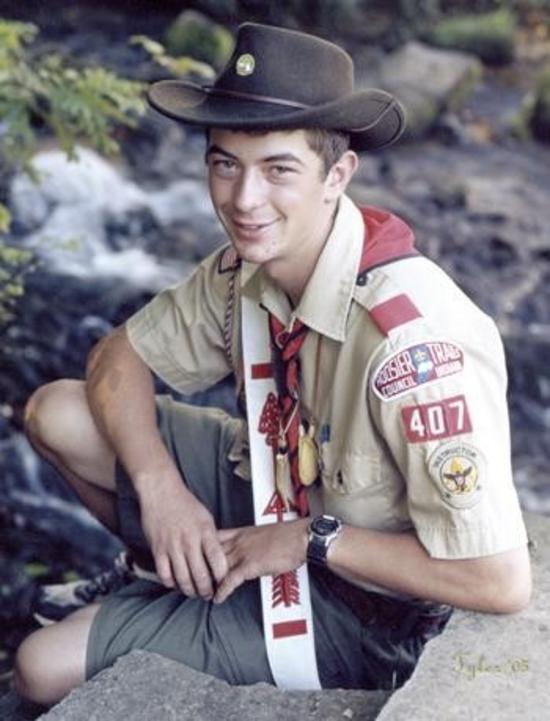 A White River Valley High School senior will soon receive something only 4 percent of all Boy Scouts of America have — his Eagle Scout rank.

Tyler Mullis, 18, of Lyons, will be participating in an Eagle Court of Honor on Sunday and will be receiving his Eagle Scout distinction.

Mullis is a member of Troop 407 and is a vigil member of the Order of the Arrow Lodge 212.

“I got involved with it when I was young,” Mullis said. “It’s something I enjoy and have stuck with since.”

According to the Boy Scouts of America Web site, the rank of Eagle Scout is the highest a Boy Scout can receive.

“It’s definitely an honor,” he said.

To become an Eagle Scout, Boy Scouts must fulfill requirements in the areas of leadership, service and outdoor skills.

Boys must earn 21 of the 120 available merit badges. Merit badges signify the mastery of Scoutcraft skills and help boys increase their skill in an area of personal interest, according to the Boy Scouts of America Web site.

Mullis, who has been a member of the Boy Scouts since 1996, has earned a total of 35 badges including canoeing, cooking, mammal study, metal work, fingerprinting, archery and collections.

Some of his favorite badges include pioneering and wilderness survival.

“I enjoyed pioneering because I love working with ropes and knots,” Mullis noted.

To earn his wilderness survival badge, Mullis was required to build a shelter and then sleep in it. That may sound easy enough, but his shelter had to be made with things he found in the wilderness.

“I love camping and being outdoors,” he said, while noting he attends an average of 30 campouts a year with his troop.

To become an Eagle Scout, one must also participate in service projects. As part of his project, Mullis built an archery range at the Greene County 4-H shooting range. He designed and created eight shooting lanes and raised a platform for aerial shooting opportunities.

Mullis has many fond memories of his years in Boy Scouts, and plans on becoming a scout leader in the future.

“I love watching other boys mature and learn things that will help them throughout life,” Mullis said. “I like seeing joy on people’s faces that I have helped knowing I have helped prepare them for their future.”

Mullis, the son of William and Judy Mullis, plans on attending Vincennes University for two years and then transfering to a four-year school. His major is undecided, but he is interested in conservation law enforcement.

Becoming an Eagle Scout isn’t an easy task, but one that requires support from loved ones. Mullis is grateful for the support he has received from his family and friends.

“I’ve had a lot of support from my family and friends,” he said.

At WRV, Mullis is involved in several activities including baseball, basketball, band, drama, Helping Our Peers Excel (HOPE), Teens in Love with Christ (TLC), fine arts club and Spanish club, National Honor Society and academic quiz bowl. He also serves as a mentor and is a member of 4-H.