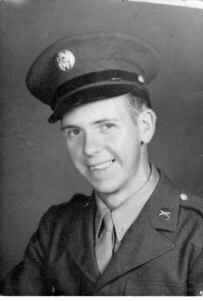 Pfc. William P. Mullis Jr. son of Mrs.
W.P. Mullis and the late Mr. Mullis of Waxhaw, was born May 24, 1924 in Waxhaw.
He received his education at Waxhaw High School, graduating with the class of
1941.

He
was killed at this point on May 29, 1944, having just reached his nineteenth birthday.
He was buried temporarily in Nettuna, Italy. The body was returned in August 1948
to the to the Waxhaw City Cemetery, where it now rests.