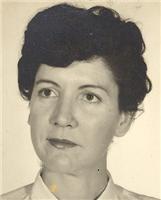 Ms. Mullis was born on October 30, 1926 in Bartow County and was the daughter of Harrison B. Heath and Florrie M. Townsend Heath, both deceased. She was also preceded in death by her husband, Fredrick Mullis; three brothers, Harrison B. Heath, Jr., Gary Lee Heath, and Mitchell Benjamin Heath; and one sister, Inez Garland. She was a retired spinner for Fieldcrest Mills and a member of Hickory Springs Primitive Baptist Church.

You may sign the online guest registry at www.bowen-donaldson.com. Bowen-Donaldson Home for Funerals is in charge of arrangements.