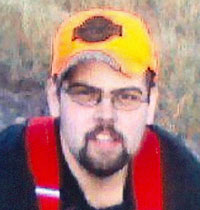 He leaves to cherish his memory his loving family, mother Doris, father Simon, brother Justin (Melissa) and their son Wyatt; sisters Rachel Mullis and Ashley Mullis (Josh Newstead) and their son Cayden. He is also survived by his grandfather Edwin Koenig and many aunts, uncles, and cousins.

Mitchell was very close to his grandmother Hilda Koenig until the time of her passing as well as his uncle and aunt Allen and Susan Mullis. He was predeceased by his grandparents, Bob and Marion Mullis and Hildegard Koenig.

Mitchell was born in the Medicine Hat Hospital and grew up in Medicine Hat attending the local schools and graduating from Medicine Hat High School. He attended the Medicine Hat College for 1 year working towards a nursing degree. He worked as a shift manager at Burger King and at Leon’s Furniture. Mitchell was active in Kidztown in his younger and teenage years. He also thoroughly enjoyed hunting, fishing, and UFC fights. AS a hobby he was a collector of old money. Mitchell was an avid Harley Davidson man and his goal was to purchase a Harley within the next two years.

Due to severe illness Mitchell has gone home to be with the Lord. He will be forever loved and missed.

In honor of Mitchell, the family has requested that those attending his funeral service be dressed in casual attire. Those who wish to pay their respects may do so at the PATTISON FUNERAL HOME on Wednesday evening from 7:00 – 9:00 p.m.

The funeral service will be held in Glenview Church of the Nazarene (4235 Black and White Trail) on Thursday, June 30, 2011 at 2:00 p.m. with Rev. David Skidmore officiating.