MULLIS, MELVIN.
Known to all as “Muggsy”, Melvin Mullis was laid to rest on September 7, 2010 with military honors at the Florida National Cemetary, in Bushnell, FL. Melvin was born December 25, 1921 in Cochran, GA. 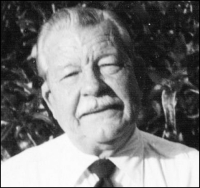 Melvin is survived by his loving sister Margaret Thomson, son Steve Mullis, daughters Sherry Ladue, Mary Ann Moss, Nina Jane Mullis, grandchildren Amber, Michael, Cherie, Stevie, Ashley, Albert, and Lauren, and great grandchildren Raymond and Marquis.
He joined the Navy at the young age of 16. After serving in WWII, Melvin returned to Miami to join the Miami Police Dept. There Melvin was shot in the line of duty as a police officer and was near death. With the help of our mother, Evelyn Lucille Mullis, his sisters and family, he made a full recovery. After receiving an honorable disability from the Miami Police Dept., Muggs did several security jobs including security at the famous Dupont Plaza on Biscayne Boulevard and guarding the family of the Shah of Iran in Nassau, Bahamas. Muggs also worked for the United States Marshall’s Service where he transported federal prisoners all over the US. During his guardianship of peace at the Wounded Knee Uprising in South Dakota, our mother and a father lost their first beloved son, Muggsy Jr., who served three tours in the Vietnam War. During his later years, Muggs went to work as bailiff to the well respected Judge Joseph Gersten.
Muggs will always be remembered for his loyalty, lawman-ship, love, wisdom, and his unique way of making people laugh. View this Guest Book at www.
Published in The Miami Herald on September 12, 2010
source: http://www.legacy.com/obituaries/herald/obituary.aspx?n=melvin-mullis&pid=145249718 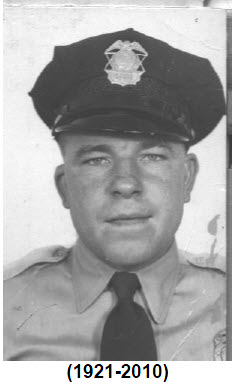 Retired Officer Melvin Mullis, affectionately know, as “Muggsy” passed away on, September 7, 2010 with military honors at the Florida National Cemetery, in Bushnell, Florida. He was 88 years of age.

Melvin Mullis was born, on December 25, 1921. He joined the Miami Police Department on August 12, 1946 and left the Department on December 7, 1955. Officer Mullis was shot in the line of duty and was given an honorable disability. After retiring from the Miami Police Department Officer Mullis worked several security jobs including security at the famous Dupont Plaza on Biscayne Blvd. As a security guard he protected the Shah of Iran in Nassau, Bahamas. He also worked for the US Marshall’s Service where he transported federal prisoners all over the United States. During his later years, Muggsy went to work as bailiff for the well respected Judge Joseph Gersten. Officer Melvin Mullis will always be remembered for his loyalty, love, wisdom and his unique way of making people laugh.