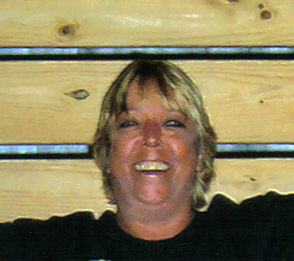 Lisa Diane Mullis, 48, of 1035 Oak Street, Martinsville, VA died Sunday, June 12, 2011 at her home. She was born on March 28, 1963 in Rockingham County, NC to the late John Ballard “J.B.” Amos and Hessie Mae Shelton Amos. In addition to her parents she was preceded in death by her husband, George Edward Mullis, Sr.; a sister, Sheila Lawson and a brother, Billy “Bill” Amos.

Lisa was of the Baptist faith. She had worked as a receptionist at DeShazo Oil Company and graduated from Martinsville High School and National Business College.

The funeral service will be held at 2:00 p.m. on Thursday, June 16, 2011 at Norris Funeral Services Martinsville Chapel with Reverend Gary Edwards officiating. Burial will be at Henry Memorial Park, Bassett, VA.

The family will receive friends on Wednesday evening, from 7:00 p.m. to 9:00 p.m., at the funeral home and other times at the residence, 1035 Oak Street, Martinsville, VA.

Online condolences may be made at www.NorrisFuneral.com.