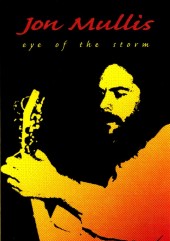 Losing a friend is never easy, and the loss is keener when much remains unsaid.

That feeling fueled the mood of a couple of hundred people at the Double Door Inn last Monday night: Friends had come together to say thanks to singer/songwriter Jon Mullis following his recent death at 52 from a perforated ulcer.

Jon would have loved this gathering of tribes, this joyous, chaotic open-stage tribute to him and his music. Many of the performers were renewing musical relationships going back as much as a quarter-century, to the legendary Muther’s coffeehouse of the late ’60s and early ’70s, which Jon managed and turned into a community for Charlotte’s musicians and counterculture.

Back then, today’s rich musical menu was unimaginable in Charlotte. If you wanted to play, you either played Top 40 music in a scattering of “lounges” or you jammed in somebody’s basement or living room on Saturday night.

Muther’s changed all that. You could walk in off the street with your axe and count on playing that night. Some nights you even made some money.

And most nights, at some point, you’d hear the manager’s rich, soulful baritone, singing a song he’d just written or was about to write.

“Jon was doing it when everybody else was trying to figure out how to do it,” says Lenny Federal, a fine guitarist today partially due to a not-so-hot drum audition at Muther’s. “He drew players in there like a magnet and gave a lot of people hope.”

Not long after Muther’s closed, Nick Karres opened the Double Door. Jon was among the first to break out an acoustic guitar and get ongoing jams going in the living-room-like atmosphere of those early days.

“He had that personal presence . . . and that voice,” Karres says. “People were crazy about him then.”

During that time, Jon cut his teeth as a finish carpenter (”Worker in Wood,” his card read) making improvements at the Double Door. He and John Zachodzki worked together on the club’s beautiful hardwood bar, put together with scrounged antique components, and collaborated on a gradual remodeling and expansion that helped the Double Door become the premier listening room it is today.

Jon crafted his songs as he did his woodwork, using classic forms to create something contemporary. His writing ranged from love songs with a melancholy ache to bitter protests against the mindless consumer culture he called “Babylon.”

“He gave away his music,” says Dave Long, who produced Jon’s homemade album “Eye of the Storm.” “He’d organize a Muther’s reunion to get everybody back together and wouldn’t take a dime. When we did the album, he gave away most of the tapes.”

Over the years, as entertainment became more passive than interactive, Jon’s brand of creativity increasingly fell on deaf ears. He shunned the show-biz ethic and performed only sporadically. But it was always a special occasion when he did.

His refusal to buy into Babylon gave his best performances a conviction that ’60s idealism hadn’t altogether died. He cleaved to the belief that life could be structured as an art form rather than a business proposition.

Many of us who grazed on the countercultural savannas adapted, took refuge in the workplace when it all dried up. But Jon was like the last buffalo, wandering the evermore barren plain searching for little patches of green.

And folks loved him for it; that’s why the Double Door was packed on a Monday night. We’ll miss him.

He is survived by his wife of many years, Helen; sons Charley and Jeremy; daughters, Jody and Shannon; two grandchildren.

Observer copy editor Woody Mitchell worked with Jon Mullis both on- and offstage.