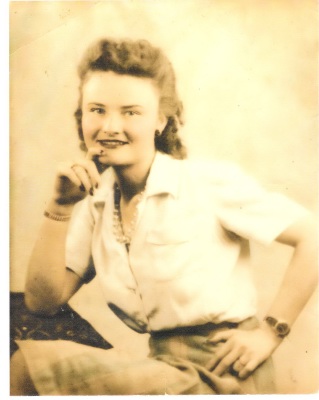 Johnnie Stegall Mullis Mrs. Mullis, 83, of
Marietta, GA, died Monday, June 4, 2007. ‘Miss Johnnie’ was preceded in
death by her husband, Vance C. Mullis, Jr., in 1977.
She is survived by
her four children: Patricia Tracey and her husband, John, of Florida,
Paulette Trachian and her husband, Barkev, of North Carolina, Vance C.
Mullis III and his wife, Gail, of Georgia, and Johnny P. Mullis and his
wife, Phuong, of Georgia; nine grandchildren; three
great-grandchildren; two more great-grandchildren yet unborn; her
younger sister, Grace Stegall Griggs; and her in-laws, Leona Stegall;
Harvey, Jack, Gene, Dale, and Jim Mullis; Vera McBride, Doris McLain,
Rachel Starnes, Joyce Belk, Jo Watson, and Sylvia Lemon. Miss Johnnie
was Aunt Johnnie to scores of nieces, nephews, grand nieces and grand
nephews.
She was active in Bible Baptist Church of Marietta and its
mission work, helping those in need and providing a variety of support
activities. Miss Johnnie was able to find anything anyone needed, from
a replacement bolt to a toy for a child to reading glasses to a spare
coat for someone cold, in the cavernous trunk of her car. She called
providing for others her ‘work.’ She loved gardening and flowers and
taught this love to her grandchildren. As in Proverbs 31:28, ‘Her
children arise and call her blessed…’
Funeral services will be held
at 2:00 PM Friday, June 8, 2007 at McEwen Funeral Service Mint Hill
Chapel. Visitation will be held from noon to 2:00 PM prior to the
funeral service at the funeral home.
There was also a service in
Marietta, where she had lived since 1970. She was born as Johnnie
Pauline Stegall, July 3, 1923, in Charlotte and was a graduate of
Oakhurst High School. She was very active in the founding years of
Charlotte’s Northside Baptist Church.
She will be buried at Sunset
Memorial Gardens in Mint Hill beside her husband. Arrangements are in
the care of McEwen Funeral Service Mint Hill Chapel.
Section:
Death Notice – Classified
Index Terms: Paid; Johnnie Stegall Mullis
Dateline:
Charlotte NC United States
Copyright (c) 2007 The Charlotte Observer
Record Number:
88753419