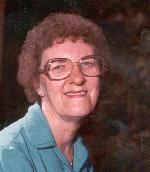 She was a native of Armstrong County, Pa., and was the daughter of Dorothy Harrison andthe late Ed-ward S. Henry.

The Rev. Harold Cook will be officiating.

Interment is at Pineview Cemetery in Mount Holly.
Visitation will be one hour prior to the service at the funeral home.

Helen retired from the VA Hospital in Asheville after serving in the United States Army as a nurse in World War II. She received the Good Conduct Medal in August of 1945. She was also a member of East-ern Star in Swannanoa, N.C.
Survivors include son, Todd Mullis and wife Angela of Nebo, N.C.; daughters, Phyllis Whisnant and husband Rannie of Lincolnton and Cathy Hamilton and husband Rickey of Mount. Holly; stepson, Jackie Kzzinsky and wife, Shirley of York County, S,C,; stepdaughter, Yvonne Campbell and husband, Troy of Mount Holly; sister, Dorothy Deileich of Pennsylvania; 16 grandchildren; 17 great- grandchildren; 3 great- great-grandchildren.

Condolences may be sent online at www.McLeanFuneral.com