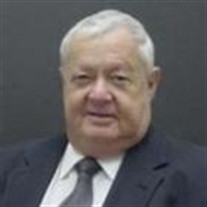 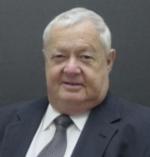 MULLIS- H.D. “Dill” Mullis passed away on June 11, 2010 in Gainesville, Florida. Born March 13, 1935 he was a Jacksonville native and the son of the late H. D. and Sara A Mullis. He graduated from Andrew Jackson High School and the University of Florida where he was a member of Sigma Chi fraternity.

He was an Air Force pilot and Vietnam veteran. Military Decorations include: The Distinguished Flying Cross, Bronze Star; Air Medals, Meritorious Service Medal, RVN Cross of Gallantry and RVN Air medals. Employed by ITT, he was assigned to Anchorage, AK in the military contracts/commercial operations division in 1971. Subsequently he was involved in construction, operations and maintenance in support of the exploratory drilling program in the National Petroleum Reserve Alaska the Trans Alaska Pipeline Project and various projects throughout Alaska.

He is survived by his wife, Beverly; daughters, Patricia Hopkins (Gary) of Anchorage, AK and Kathleen Matson (James) of Eugene, OR; daughter in law, Cindie Mullis of Anchorage AK; sons, Stephen Mullis (Cheryl) of Portage, WI and Mark Mullis of Hong Kong, China. He was preceded in death by his son, Charles Mullis and his granddaughter, Patricia Ann Mullis. He is also survived by twelve grandchildren and four great grandchildren.

Memorial services will be at Corey Kerlin Funeral Home, 940 Cesery Blvd. on Thursday, June 17, at 2:00 PM with a reception to follow at Mill Cove Golf Club.