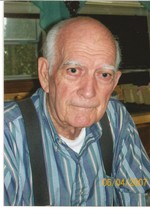 Floyd W. Mullis, 83, of Pageland, SC, passed away on April 3, 2009, under the loving care of his family and Hospice of Chesterfield County.

He was born on July 3, 1925, in Monroe, NC the son of the late Lige O. and Effie (Threatt) Mullis. He served in the US Army and was an Auto Mechanic.

He is preceded in death by his Brother, Ravon Mullis and his Sister, Doris Laney.

In lieu of flowers, contributions may be made to the Mt. Pisgah Baptist Church Building Fund, 7723 Pageland Highway, Monroe, NC 28112.