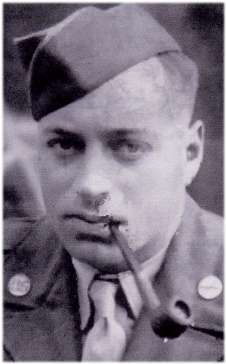 NEWPORT – Eursel G. Mullis, 89, died November 4, 2006 at a Bangor nursing home. He was born August 14, 1917 at Stacyville a son of Charles and Effie (Gerald) Mullis. He attended schools in Stacyville and Houlton. Eursel served in the U. S. Army during World War II and was stationed in Italy and North Africa, receiving an honorable discharge in 1945. On October 5, 1946, he married the former Arlene Boylan in Newport. Eursel and Arlene recently observed their 60th wedding anniversary.

Eursel worked on the family farm until he moved his family to Corinna in 1953. He was employed by Smith Potato Farms for 30 years and was happiest when he was out in the potato fields. He also rogued potatoes for Seth Bradstreet in Newport. During his retirement years, Eursel worked at Bud’s Shop & Save in Newport for 12 years. He was a member of the Corinna American Legion, Meridian Splendor Masonic Lodge in Newport, and the Anah Shrine. He and Arlene had attended the Corinna United Methodist Church.

In addition to his wife of Newport, he is survived by 3 children and their spouses: daughter Sharon and her husband Donald Young of Ft. Myers, FL, sons Michael and his wife Nancy Mullis of Corinna, Stuart and his wife Marcia Mullis of Rochester, NH; a sister, Eldora Dow of Perham; 5 grandchildren and their spouses: Kimberly and Wayne Marquis, Renee and Jay Dobson, David and Shauna Young, Jason and Tanya Mullis, Destiny and Bruce Poulin; 8 great grandchildren; sisters-in-law, Colleen Mullis, Jean Beem, Lorraine Stone and husband Richard, Muriel, Karlene and Linda Boylan; and brother-in-law Lauris Boylan. He was predeceased by 3 brothers, Ronald, Elwood, and Charles, Jr., a son Ronald, and a great grandson Thomas Gerald Dobson.

Friends may call from 6-8 PM Tuesday at Crosby & Neal, 117 Main Street, Newport. A Masonic service will be conducted at the funeral home at 7 PM.

Funeral services will be held 2 PM Wednesday, November 8th, at the funeral home with Pastor Al H. Worden officiating. Burial will be in the Riverside Cemetery, Newport.

In lieu of flowers, memorial donations may be made to the Alzheimer’s Association, 163 Lancaster Street, Suite 160B, Portland, ME 04101. To sign an on-line guest register, please visit