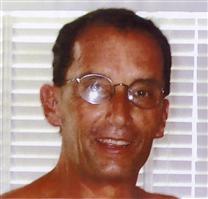 A memorial service will be held at 11:00 a.m. Friday, August 20, 2010 at Culley’s MeadowWood Funeral Home-Riggins Road Chapel. The family will receive friends at a reception at the funeral home following the service. In lieu of flowers memorial contributions may be made to the charity of your choice.

Don was born in Charlotte, North Carolina and was a longtime resident of Tallahassee. He was employed for thirty five years with Pleasants Hardware of Charlotte, and had worked for the past seven years with Contract Hardware of Florida. Don served in the U.S. Army during the Vietnam War. He graduated from West Mecklenburg High School in 1967.

Survivors include his wife of 21 years, Lee Ann Mullis of Tallahassee, two daughters, Ali Mullis of Tallahassee, Jennifer Brower Cagle ( Luis Gutierrez), of Asheboro, N.C., one granddaughter, Gabbie Kate Gutierrez, his twin brother, Ron Mullis of Fort Mill, S.C., his in laws, Bobby and Mildred McManus of Concord, N.C. Don was preceded in death by his mom and dad, Bill and Tennie Mullis.

Arrangements are under the direction of Culley’s MeadowWood Funeral Home in Tallahassee, Florida.