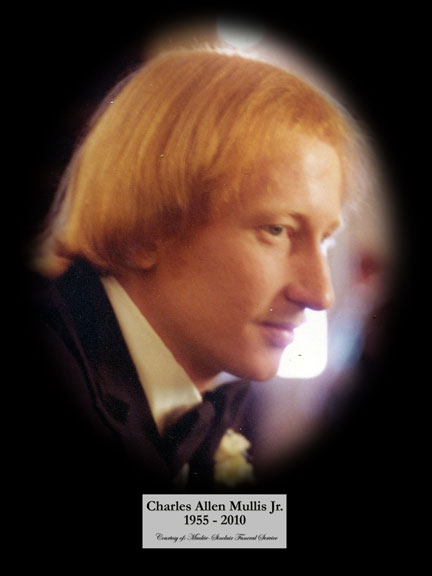 Born in Iredell County, NC on June 20, 1955; he was the son of Charles Allen Mullis, Sr. and Ruth Walker Mullis of Hamptonville and was a member of Shallow Baptist Church in Hamptonville.

A Celebration of Life service will be conducted at 11:00 a.m. on Thursday, January 21, 2010 from Shiloh Missionary Baptist Church, with Rev. Jim Holbrook, Rev. Coy Walker and Chaplin Fred Moretz officiating. Burial will follow in the Church Cemetery.

The family will receive friends from 6:00 to 8:00 p.m. Wednesday, January 20, 2010 at Mackie-Sinclair Funeral Service, Yadkinville and other times at their home. Online condolences may be made at www. mackiesinclairfuneral.com.