Before
founding Sustainable Travel International in 2002, Brian Mullis, a
Huntsville, 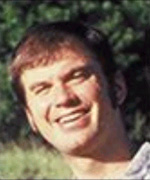 Alabama native, was the president and owner of The World
Outdoors. Mullis, 34, is a 1992 Auburn University graduate who moved to
Colorado in 1993 to join Roads Less Traveled after working in similar
jobs in North Carolina, Massachusetts, and Maine. His preparation
really started even earlier. While completing degrees in Business and
Psychology at Auburn University, Mullis spent summers living in
national parks in Wyoming, Montana and Utah. By the time he earned his
bachelor’s degree, a career in industrial organizational psychology
didn’t seem as enticing as one in the outdoors. He became serious about
the field and moved to Massachusetts to work for a Master’s degree in
Outdoor Recreation Management.

Since
that time, he has spent a considerable amount of time indoors, first
profitably growing the New England Outdoor Center, Roads Less Traveled,
and The World Outdoors then establishing a career in facilitating the
U.S. travel and tourism industry’s move toward sustainable business
practices. He lives to make a qualitative difference in the world,
while in his free time exploring the backcountry and enjoying quality
time with his friends and family.