Julian Mullis objects to coverage of arrest of man living at his home.

By Rick Rousos
THE LEDGER

MULBERRY | Mulberry Mayor Julian Mullis threatened to resign Monday after he learned a newspaper story was being written about the arrest on a domestic violence charge of a man who was living at Mullis’ home. 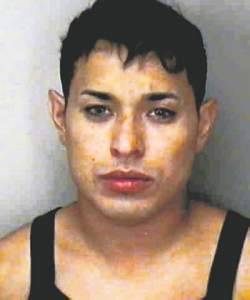 Eugene Ornelas Jr. has been accused of throwing a beer bottle at Mullis, throwing a plastic alcoholic beverage container against the wall and trying to hit Mullis early Friday, an arrest report said.

Ornelas, 29, was booked into the Polk County Jail on Friday on a single domestic violence charge and released Saturday on $5,000 bond.

The report written by Mulberry police Officer Teddy Sanders said Ornelas and Mullis “live together as a family unit and are in a relationship.”

Monday evening, Mullis, 32, said he would resign from office. He said he would inform City Clerk Vanessa Baker in writing and would drive immediately to Baker’s house to do so.

But Baker said later Monday night that she had not heard from Mullis.

Mullis blamed his political enemies for spreading gossip and for contacting The Ledger about the Friday morning arrest. And he blamed the newspaper for what he said was a continuing attempt to sabotage him.

“People have a roommate and that’s in the paper?” Mullis asked.

Interim Police Chief Steve Peacock said Ornelas was at a club in Tampa and returned with another man to the Mulberry home owned by Mullis about 5 a.m. Friday. Mullis and his two children were sleeping.

Mullis asked Ornelas why he brought a stranger to the house while the children slept, Peacock said.

The man who was with Ornelas, identified as David Anderson of Ybor City, told police that Mullis did nothing violent.

Anderson said Ornelas threw a beer bottle at Mullis that damaged the wall, hurled a plastic drink container into a wall and swung at Mullis’s face but missed. 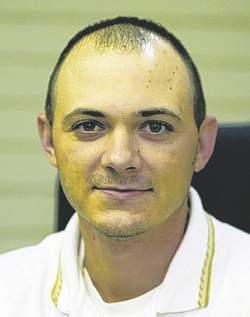 The arrest report, written by Officer Teddy Sanders, said two children were awakened by the confrontation. The children, ages 7 and 9, “were visibly afraid,” the report said.

When an officer arrived Ornelas smelled of alcohol and appeared to be drunk, Peacock said.

Peacock said police were told that Ornelas had tried to use the phone during the confrontation but picked up a spoon instead of a telephone.

“This will be the laughingstock of my family, and we’ve been here for generations,” Mullis said.

“I can take it. But my parents, and my children …”