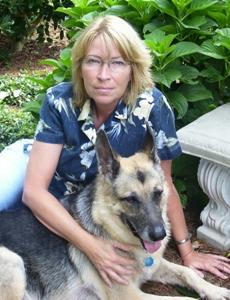 Nine times out of 10, most school projects done by children have had input from parents – nine point five times more input than from the children themselves.

It is natural and expected when the children are in high school and below grades.

Apparently, it still happens, and Cathy Martin, 54, married for 27 years, with one daughter and a German Shepherd, can attest to that.

Martin, who lives in Piedmont, South Carolina, said, “My daughter is working on her master’s degree, and one of her classes required her to look up her ancestors and trace her family history, and make a comparison to how life is now and how it was then.”

She added, “I have always been interested in looking up our ancestors prior to this, and since I have more spare time than she does, I took up the project.”

Martin is researching ancestors with the last name of Fountain. “The more I started digging into our relatives’ history, the more fascinating it became.”

She said, “I am now obsessed with it.”

So, the project has become hers’ and she is looking for help.

The family’s last name is Fountain/Fontaine. “The furtherest ancestor I have been able to confirm is William Fountain. He was born in 1788 in Edgecombe Co, North Carolina. He moved to Washington County, Georgia between 1813- 1820. He had served in the War of 1812 and, like so many other soldiers, received a land grant. I believe that is why he moved to Washington County. Around 1840, he moved to Laurens County, Georgia.”

She is hoping that someone might hear of the search for information and be able to help with the project. I am looking for any, and all, information regarding William Fountain’s parents, siblings and any relative that may lead me to find which line of the de la Fontaine’s (their original surname) that William Fountain came from.It would be nice to have this project completed by mid- June.”

According to Martin, William Fountain was a hard- working farmer, like most of the people in Laurens County during that time. He had married once before moving to Georgia . Unfortunately her name (and what happened to her) is unknown. He married three more times. He was married in 1838 to Letha Elton, who was born in 1817 in Washington County. He married in 1843 Cassa Sellers, who was born in 1822. His fourth marriage was to Telytha Dortch, born in 1797 in Georgia. She and William married in 1848 in Washington, County.

Martin said, “William had many children. It wasn’t unusual during that time for a couple to have many children as the parents needed help around the farm. Not that the parents didn’t love these children very much, but the free labor didn’t hurt.”

Martin is not certain which wife, she said,”exactly is the mother of most of the children, but William is the father.”’

David Brinson Fountain had several children as well – and one of his son’s great-great granddaughters happened to be a newspaper writer in Georgia, and Martin found her on the Internet. This part of the family is in Dodge, Bleckley and Pulaski counties, and all over middle Georgia.

Martin said, “ It is hard to define my family history as important to anyone but me. But, personally, I think it is fascinating. To imagine the struggles/ hardships that they went through is sobering. For me, having to go without indoor plumbing or air conditioning would have been enough to do me in.”

She continued, “But, those things did not exist then, so they couldn’t miss something that wasn’t invented. The saddest part was realizing how many babies were stillborn. My great- aunt gave birth to triplets and none of them survived. And it wasn’t an uncommon thing. It must’ve been devastating for the families.”

Martin added, “The best thing that has come out of my research is that I have found a great- uncle that I knew nothing about. We have spoken on the phone several times and he has become my favorite relative. He is truly the kindest, most helpful person. I really enjoy, and appreciate, him sharing his life stories.”Martin concluded, “My goal is to try and find which Fountain/ Fontaine family group we came from.”

She added, “There were 3-4 different family groups of Fontaines in Edgecombe County around 1788, so I am trying to figure out which group I belong in.”Martin said,”One group has an interesting story of having fled France after being religiously persecuted; some family members were murdered. They then moved to Ireland , then England , then eventually to Virginia before landing in North Carolina .”

If anyone has any information pertaining to the William Fountain family, in particular, William, please contact Cathy Martin at martin33362@charter.net.