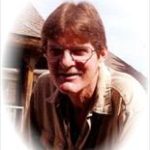 Visitation and Services
The family will receive friends from 5:30 PM until 6:45 PM Friday (December 30, 2011) at Davis Funeral Home in Monroe, prior to the service.

A Memorial Service to Celebrate the Life of Mike Mullis will be conducted at 7:00 PM Friday (December 30, 2011) at Davis Funeral Chapel, officiated by Reverend Frank Crump and Reverend Roy Barbee.

Mr. Mullis was born on July 30, 1964, in Union County, North Carolina, a son of Glenn Lewis Mullis and Gail Carter Mullis of Monroe.

He was a truck driver in the construction business.

Survivors, in addition to his parents, include two sisters, Shannan Davis and husband, Rick, of Monroe, and Sheree Roberts and husband, David, of Monroe. There are two nieces, Catherine Davis and Elizabeth Davis both of Matthews; and a nephew, Daniel Roberts of Monroe.

Davis Funeral Home of Monroe is serving the family of Mr. Mullis.

Preferred Charities and Donations
In lieu of flowers, memorials may be made to:
Autumn Care Nursing Home
The Activities Fund
P.O. Box 608
Marshville, North Carolina 28103