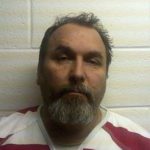 In August 2010 the Elizabethton Police Department began an investigation into multiple counts of theft which originated at a business located in Elizabethton.

Sammy Mullis, 51, was selling granite countertops out of a business located at 1742 West Elk Ave. The investigation revealed that Mullis did take money from at least three different customers for the purchase and installation of granite countertops. Mullis failed to provide the product or services. He left the area and could not be located after being featured in local television programs and newspaper articles.

In February Mullis was arrested in Georgia and charged with being a fugitive from justice. He was extradited back to Tennessee and on Saturday, Feb. 18, and he was booked into the Carter County Jail on the three charges of theft of property over $1,000. There were also additional charges placed by the Carter County Sheriff’s Department.

Mullis is scheduled to appear in court on April 16. He is being held without bond at this time according to the Carter County Sheriff’s Department.

This story is derived from an Elizabethton Police Department report.