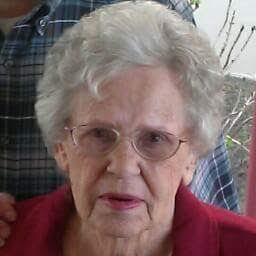 She was born in Axson, GA but had resided in Waycross most of her life. She was formerly employed as a waitress at The Steak House and Western Sizzlin and also worked in the ticket office for The Georgia Theatre Company. She was a member of The Church of Jesus Christ of Latter Day Saints.

Mrs. Mullis was a daughter of the late Ed Dempsey and Ettie Williams. She was also preceded in death by four brothers and four sisters.

A funeral service will be held 11:00 a.m. Thursday (June 16, 2016) at the Music Funeral Home Chapel. Burial will follow in Greenlawn Cemetery. The family will be receiving friends Wednesday evening at the funeral home from 6 until 8 o’clock.