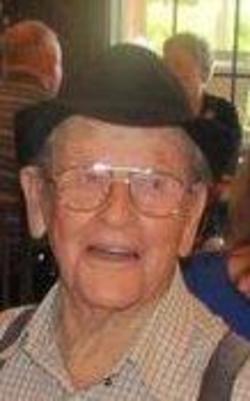 A memorial service for Leghmon E. Mullis, age 90 of Dexter will be held at 3:00 PM, Saturday, October 20, 2012 at the Dexter Baptist Church with Pastor Calvin Holcomb officiating. Visitation will be from 2:00 until 3:00 PM.

Mr. Mullis was born in the Mount Carmel community of Laurens County to the late Thomas G. Mullis and Nancy Lou Shepard Mullis and later moving over to Hampton Mill area at the age of 5 years old. As he grew he was helping farm with father and worked at the Gin in Dexter for Lomus Taylor Family Filling station etc in Dexter. As he grew he went to New Salem School and later to Dexter. His wife of 68 years came into his life at school and later they married and reared 5 children near Dexter. He was a member of Antioch Baptist Church for 60 years and later moved on to Dexter Baptist Church where he was a faithful member and loved all the people there. He was involved with lots of children in softball for 20 years and also took lots of boys and girls fishing. He later retired from all of this because of health. The Lord was involved in all of his life and work.

The family requests that donations be made to Serenity Hospice, 504 Parker Dairy Road, Dublin, GA 31021. The family will be at the home of Brenda and Edward Alligood, 1873 Dublin Eastman Road.