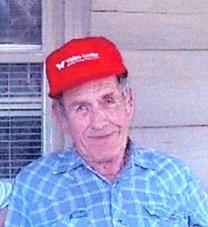 Survivors include his wife of 63 years, Carolee Fleetwood Mullis; six children, Kenneth Michael “Mike” Mullis and his wife Betty, Steven L. Mullis and his wife Joetta J, Becky Neal, Shelly Jacobs and her husband Jeff, Penny Ryan and her husband John and Candy Langley all of Bloomington; two sisters, Helen Burris and her husband Joe and Norma Jean Patton all of Bloomington; 17 grandchildren; 33 great-grandchildren; a brother-in-law Robert Fleetwood; and several nieces, nephews and a large extended family. He was preceded in death by his parents; ten siblings, Clarence Mullis, Ruby Kendall, Leo Mullis, Robert Mullis, Paul Mullis, Freeda Neff, Gilbert Mullis, Ethel Mullis who died as a toddler and Wilbur and Merle Marie Mullis who both died in infancy.

Kenneth was a long time member of Hindustan Church and led a bible study for many years in his younger days. A highly decorated Veteran of the Korean War, Kenneth said the best time of his life was when he got out of the Army and began putting his family together. Other than spending time with his family Kenneth was also a hobby farmer, enjoyed hunting mushrooms and taking care of his animals.

The Family would like to extend their deepest gratitude to the staff of Richland Bean Blossom Health Care Center for their care and compassion shown to Kenneth and his family during his time there.

Online condolences may be given at www.DeremiahFryeMortuary.com.