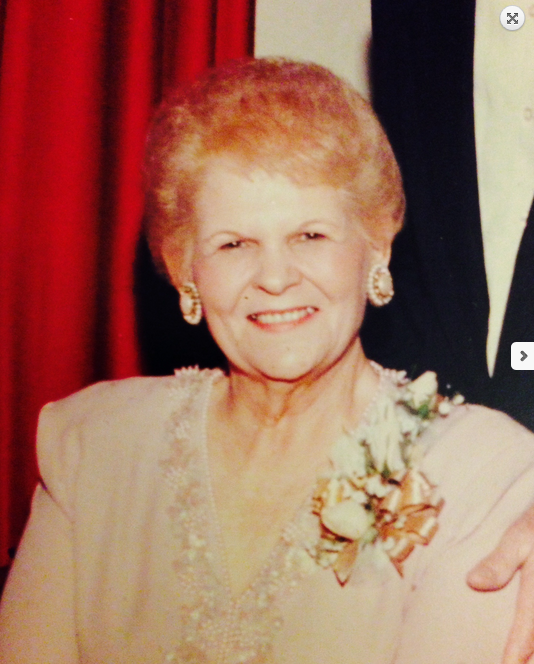 Born in Lake Park to the late A.F. and Mammie Townsend Johnson, she had been a lifelong resident of this area.

Mrs. Mullis was a homemaker but was also very involved in her community. She worked at the Towel & Tog Shop of St. Augustine for 10 years as well as being active in the Eastern Star and the Azalea Garden Club at the Garden Center. Mrs. Mullis also served as a den mother for the Cub Scouts. She was a tremendous inspiration to her children, those in her church and many others who knew her and she was a valued leader for her family and those she worked with on the job and in her volunteer activities.

She and her husband were faithful members of New Harvest United Methodist Church having taught Sunday School there as well as serving on the Parrish Council and other committees.

Survivors include her son and daughter in law, Frank & Dee Mullis of Savannah, three daughters and sons in law, Peggy & David Dobbs of St. Augustine, FL, Jackie & Charlie Masters of Tampa, FL and Judy & Charles Binninger of St. Augustine, FL; Eight grandchildren and 5 great grandchildren. Also surviving are numerous nieces and nephews, a special friend Rosalie Davis of Valdosta and a very special friend who cared for her during her illness, Marva Henderson.

She is preceded in death by her husband Carl A. Mullis, 5 brothers and 3 sisters.

A funeral service for Mrs. Mullis will be held at 11 a.m. Thursday, July 17, 2014 in the chapel of Carson McLane Funeral Home. Rev. Robby Paulk and Rev. Wayne Dorsett will officiate. The burial will follow at Mt. Zion Church Cemetery.

The family will receive friends from 6 until 8 p.m. on Wednesday evening, July 16, 2014. Flowers will be accepted or donations may be made to New Harvest United Methodist Church, 2548 Lakeland Highway, Valdosta, GA 31605. Condolences to the family may be conveyed on the obituary page of www.mclanecares.com Carson McLane Funeral Home