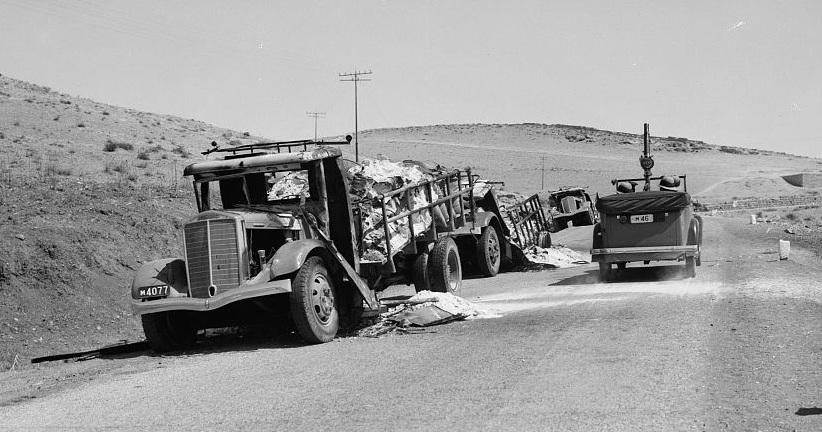 VanVolkenburg was literally crushed to death by five tons of fertilizer he carried in his truck when it struck an embankment. The fertilizer, carried in 100-pound bags, slid forward at the impact and flattened the truck cab crushing the driver and his Negro assistant beneath it.

According to Trooper C. W. Seymour of Wurtsboro, VanVolkenburg. who was bound from New York to Buffalo, probably failed to remember the hill and started down it in high gear. The accident occurred at 12:45 a.m. Descending the Wurtsboro side of Shawangunk mountain from Bloomingburg, he may have seen as he reached the sharp curve of Route Seventeen under the O & W viaduct that he could not make it and have driven the truck deliberately toward the bank.

F.E. Quick of 511 Fifth avenue New York, driving up the mountain saw the wild descent of the truck pulled to one side and stopped. Alter the crash he pulled bags of fertilizer off the cab until he freed Wooby. Other motorists and Trooper Seymour recovered the body of VanVolkenburg.

Ownership of the truck was listed to Mrs Olive VanVolkenburg, said to be the victLm’s wife.