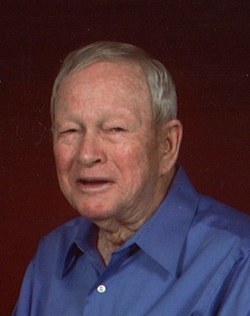 Funeral services will be held at 2:00 PM on Thursday, August 8th, in the chapel of Heritage Memorial Funeral Home. Interment will follow in the Oak Lawn Cemetery in Fort Valley, Georgia. Visitation will be from 6PM until 8PM on Wednesday at the funeral home. The Rev. David Grantham will officiate.

Mr. Mullis was born in Macon, Georgia on July 29, 1928, to the late Eddie Anderson Mullis and DollyAnna (Cannon) Mullis. He was also preceded in death by a son John Christopher Mullis.

He was a member of the First Baptist Church of Centerville, Georgia. John retired from civil service in July 1983, after thirty-five years at Robins Air Force Base. John enjoyed raising and showing Quarter Horses, traveling with his wife in their fifth-wheel and taking cruises. Most of all he loved spending time with family and friends.

Memorial donations may be made to the Wounded Warriors Project or Multiple Sclerosis in lieu of flowers.

Heritage Memorial Funeral Home and Crematory is in charge of arrangements.