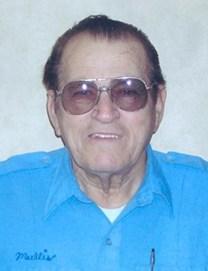 He was a born June 7, 1931, in Gadsden, Alabama, and was the son of the late Arthur and Thelma Bull Mullis. He was a retired truck driver and had served in the US Marine Corps.

He is survived by his wife Shirlene York Mullis whom he married in 1972; three sons, Joe Mullis, Jr. (Cindy) of Lake Wylie, SC, Michael Mullis (Patty) of Charlotte and Bric Mullis (Joann) of Statesville; two sisters, Cleo “Boots” Cloninger of Stanley and Carol Jones of Harrisburg; and numerous grandchildren and great-grandchildren.

The family will receive friends one hour prior to the service at the church on Saturday.Condolences may be sent to the family online at www.bunchjohnsonfuneralhome.com.Bunch-Johnson Funeral Home is entrusted with the arrangements