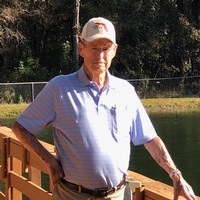 Jesse was born on May 21, 1945, to the late James William Mullis and Bertie Driggers Mullis in Cross City, Florida. He was a retired dealer from the Badcock and More Corporation after 35 years of service. He received a lifetime achievement award from Badcock and More in September 2016. He was a Vietnam Veteran of the US Army. Jesse was also a long time member of Mayo First Assembly of God where he was a trustee of the board and a founding board member of Gods Divine Purpose Ministry of Wildwood Florida. He was a wonderful husband, father, and grandfather who enjoyed spending time with his family, especially his grandchildren. In his spare time, he enjoyed hunting, fishing, special projects, and gardening.

The family is accepting flowers and plants or for those who choose may make a donation in Jesses memory to U.F. Health Shands Hospital. Gifts may be made online or mailed to:
U.F. Health Office of Development, P.O. Box 100386, Gainesville FL 32610
Visitation – Mayo FL Mayo First Assembly of God Evening Before Service. Celebration of Life Service-Mayo First Assembly of God, 1 PM EST on May 2, 2018