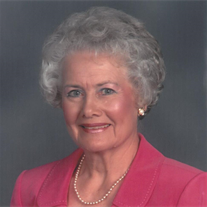 The family will receive friends at the funeral home Friday evening from 6 until 8.

Memorials may be made to the Historic First Baptist Church of Beech Island, 170 Church Road, Beech Island 29842.

Posey Funeral Directors of North Augusta in charge of arrangements (803-278-1181). Visit the registry at www.poseycares.com