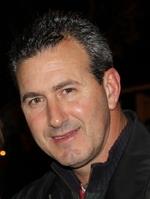 Jackie Lee Mullis, 51, passed away on Thursday, January 28, 2016. The family will visit with friends on Friday, January 29, 2016, from 4:00 until 6:00 p.m. at Watson-Hunt Funeral Home. Funeral Services will be held on Saturday, January 30, 2016, at 11:00 a.m. at First Baptist Church of Perry. Interment will be in Perry Memorial Gardens immediately following the service. In lieu of flowers, the family respectfully requests memorial contributions to Heart of Georgia Hospice, 103 Westridge Drive, Warner Robins, GA 31088.

Jackie was born in Cochran where he grew up and graduated from Bleckley County High School in 1983. During his freshman year at Middle Georgia College, he played baseball and pitched for the Warriors, helping them to achieve 5th runner-up in the National Championship tournament that year. Having lived in Perry for the past 14 years, he was a member of First Baptist Church of Perry. He was Co-Owner of New Perry Cleaners. Jackie enjoyed golfing, hunting, and gardening. He looked forward to vacationing with his entire family in the mountains every year at Thanksgiving and at the beach during the summers. Jackie was preceded in death by his father, Bobby Ray Mullis; and his grandparents, Jack Mullis, Emma Belle Mullis Bryant, Josh Bryant, and Melvin and Lola Giddens.

Left to cherish the memories of Jackie are his loving wife, Debbie Swift Mullis; his children, Josh and McKenzie Mullis, Zachary Mullis, and Jackson Mullis; his granddaughter, Palmer Brooks Mullis; his mother, Elizabeth “Libby” DeLoach; his brothers and their wives, Terry and Molly Mullis, and Tommy and Kayron Mullis; his brothers-in-law and sisters-in-law, Richard and Denise Burrell, Jimmy and Valerie Smith, William Smith and Shelia Parker, and Parrish and Kristie Swift; and several nieces, nephews, aunts, uncles, and cousins.

Condolences for the family may be left in the online guestbook at www.watsonhunt.com . Watson-Hunt Funeral Home has been entrusted with the arrangements.