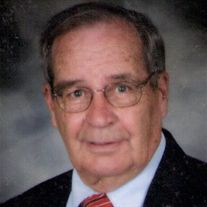 The funeral will be at 10 a.m. Tuesday, December 8, 2015, at First Baptist Church. Burial will be at Grandview Memorial Park on Cherry Road in Rock Hill.

Born in Belmont, N.C., Mr. Mullis was a son of the late Clyde and Blanche Norris Keller Mullis. He graduated from Cramerton High School in Cramerton, N.C. Mr. Mullis served in the U.S. Air Force (1951-1953) and retired from the N.C. Air National Guard (1954-1992). He was a member of the First Baptist Church. He volunteered at the Fort Mill Care Center for 24 years.