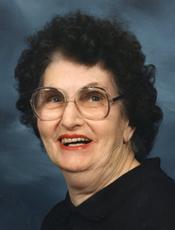 Mary Edith Mullis Howell, beloved mother and grandmother, passed away at the age of 92 on March 14, 2011, at the Huntersville Oaks Nursing Home.

A funeral service will be Friday, March 18, at 4 p.m. at Independence Hill Baptist Church in Huntersville. Revs. Todd Marlin, John Perry, David Buck, and Tim McCoy will officiate. Burial will follow in the Church cemetery.

The family will receive friends Thursday, March 18, from 7 to 9 p.m. at Raymer Funeral Home in Huntersville.

Born April 23, 1918 in Mecklenburg County she was a daughter of the late Lemuel Mullis and Leliar Hagler Mullis.

In addition to her parents she was preceded in death by her husband, Dewey McDonald Howell, seven brothers and two sisters.

Mrs. Howell was an active member of Independence Hill Baptist Church. Her wit and her witness have touched the lives of many people throughout the years as the light of Jesus Christ shined through her.

She operated the Pump House Grill in Charlotte where she served and witnessed until her retirement in 1995.

The family would like to thank all those who cared and prayed for Edith during her struggle with cancer.

In her memory, memorials may be made to Independence Hill Baptist Church, 10220 Eastfield Road, Huntersville, NC 28078.