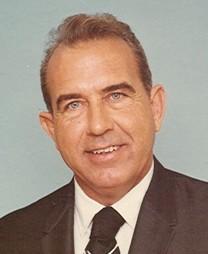 The family will receive friends from 7:00 until 8:30 P.M. Monday at McEwen Funeral Service, Mint Hill Chapel, 7428 Matthews-Mint Hill Road. His funeral service will be held 11:00 A.M. Tuesday, August 9, 2011 in the funeral home chapel. Interment will follow in Sharon Memorial Park.

He was a U.S. Army, World War II veteran, having served with the 299 Combat Engineers at Fort Gordon, GA. Mr. Hagler retired from Norfolk Southern Railway as chief clerk after 44 years of service. He was a charter member of East Baptist Church in Charlotte. In addition to his parents, Mr. Hagler was preceded in death by his loving wife of 62 years, Audrey Elizabeth Bright Hagler, and six sisters and one brother.

Condolences may be offered at www.mcewenminthillchapel.com.