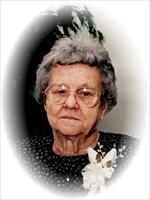 Mrs. Bessie Mullis Green of Monroe, passed away on Tuesday (June 28, 2011) at Hospice of Union County.

The family would like to thank her caregivers, Laura Deese and the staff of Hospice of Union County, especially Nancy Jenkins, Thelma Byerly, Angela Hinson, Colleen Dower, Kim Outen, and Sarah Rivers, for their love and support, as well as Union County Transportation.

Davis Funeral Home of Monroe is serving the family of Mrs. Green.

Memorials may be made to: