By Rick Rousos
The Ledger 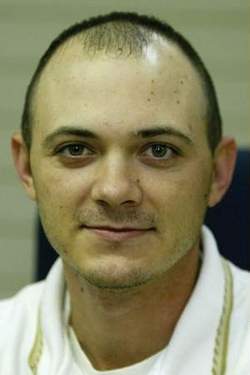 The election Tuesday of Terry Evers and Julian Mullis puts the jobs of Thomas and Cavallaro in jeopardy.

Both Evers and Mullis have said they believe Thomas and Cavallaro are responsible for severe financial problems facing the city.

Evers retained his commission seat against Mark Seigler with 57 percent of the vote, 256 votes to 190. Seigler decided not to run for re-election as mayor so he could seek a seat on the City Commission.

In the race for mayor, Mullis, a former commissioner, defeated Commissioner Jerry Woods with 58 percent of the vote, 260 votes to 191.

Mulberry voters also defeated a proposed change in the city charter that might have given Thomas a measure of job security. The proposal would have required a supermajority vote — four of the five commissioners — to fire the city manager.

Fifty-five percent of the city’s voters rejected the plan. It failed 240 votes to 200.

The new commission won’t be sworn in until May.

The mayor doesn’t get to cast a vote in City Commission decisions unless there is a tie. With one more commission seat still to be decided in a special election in June, there will be a period when only four members are on the commission, making tie votes a distinct possibility.

The city has projected a deficit of $1 million by the end of the fiscal year on Sept. 30, although Thomas says he’s taken care of the problem.

The million dollar deficit weighed heavily on the voters, the candidates said.

“The citizens of Mulberry were fed up,” Evers said.

Woods said the city’s financial problems became a huge issue. “I’m certain it had everything to do with the election results.”

After the results were posted at the Mulberry Civic Center, Woods hugged Mullis.

Mullis said the disclosure of the financial mess was “the final straw for a lot of people.”

“The spending went on and on and on,” he said. “People have had enough of it.”

Mullis said that as mayor he wants to make sure people can speak freely at the meetings.

Seigler was sometimes heavy on the gavel as some city meetings threatened to sink into chaos.

“I hope they have the best interest of Mulberry at heart and will continue to move the city more toward professionalism,” Seigler said.